Before the projects get to the execution phase, they process through a characterization phase by the person or people designing them. This ‘characterization’ process is formed by managerial, physical, environmental, functional and aesthetical parameters. Analytical and emotional approaches of the designer may follow the managerial and functional inputs, though the intellectual levels and ruling levels conflicts or confronts very often. This confrontation may seem like a constraining and restricting effect at first, though it becomes the most important motivation for that design to find itself, its character. 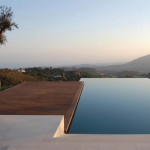 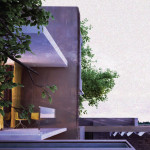 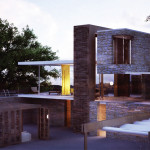 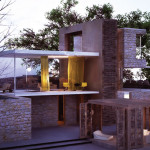 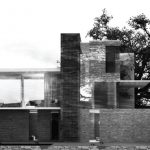 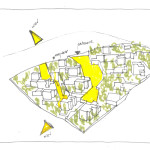 The Jacaranda Project in Bodrum, Yalıkavak has gone through that process twice. The project has experienced the ‘confrontation’ twice from the first creating phase until the finished product. The users’ unsteady and dynamic demands through the process and the changing of local regulations resulted in two very different results at the end. After completion of the first project design in 2011, we were asked to design a new proposal on the same site for a totally different program and inhabitant’s profile.

At first it might not look possible for the designer to ignore the whole process the project went through the first time, but ‘another’ project -which has nothing to do in both functional and visual way with the first one- was succeeded. The second design work that started in May 2012 has completed its evolution within its own thresholds. So after the publication of the first thoughts of the project in June, the project was finalized through the ‘design’ process by a very intense work done for both the material selection, the relation between them and their proportions.