Genius Loci: How Do We Relate to “Place”

I remember this story that my professor once told about her memory from an architectural competition organized for a new building at the campus of the university where she was studying at that time, in the US. A number of “star” architects were amongst the invitees to participate in the competition. The site visit was naturally as glamorous as expected. Students and other observers were gathered along the line where the new buildings would be constructed. Amongst the convoy was Zaha Hadid visiting the site with her assistants all dressed in black. Soon after it was over and the spectators had left the tribunes. My professor remembers seeing a man silently sitting on a table alone sketching. The same man spent the rest of the day in the campus.  After that day he was seen several times around the campus walking around, sketching, taking notes. When the competition was finalized the winning architect was this man who spent time at the campus silently trying to grasp the life and the site. He was none other than Rem Koolhaas himself.

The competition she was mentioning was the McCormick Tribune Campus Center of the İllinois Institute of Technology.

Today, in a world where distances are not measured by meters but by connection speed and anyone in any corner of the world is enabled to work anywhere without moving, the requirement to relate to the “place” is getting more and more vague.

The clients find it to be more liberating to choose their architects from a broader list going beyond the limitations of the local. Adding to this the speed of production required by the laws of competition in the construction industry often projects reach the end without having spent the necessary time to understand and relate to the “place”. In Turkey, in such a speed and competition for not “the better” but “the more”, often times the necessity of the effort to create organic and timeless designs that belong to the place are neglected, not demanded and found to be an extra cost.

But if the architect and the client are lucky they find this liberty and in our case Jacaranda Estate in Bodrum is a great example. It is a project that has passed through a number of revisions shaped mainly by the site visits.

The Jacaranda Project allows us to thoroughly experience this contact with the place, site exploration, simulation on site, redesign, re-explore, observe winds, sounds, re-design and reproduce… All this process results in evolution of our design towards a more organic, “place sensitive”  architecture.

For Jacaranda the process started roughly one year ago and since then de project has gone through a number of major transformations until 11.04.2013 when the decisions taken were confirmed on site by placing the villas in their actual positions. Interestingly through this process of relationship we were able to pinpoint one spot in which we were making the villas too dense, so one was omitted. Often reduction rather than addition is the process that gets us to perfection. 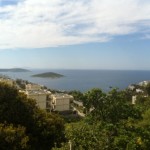 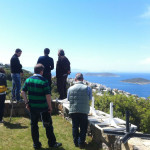 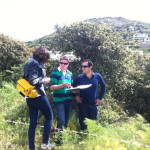 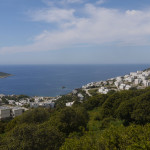 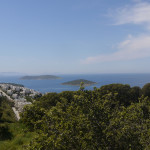 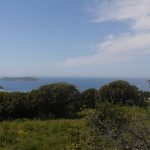