The new hotel in Niamey city centre is sited on Boulevard de la Republique north of the Palais des Congres. Located also in this area are the Tunisian National University, the Federal Government Offices of Niger, the old Presidential Palace, the National Hospital of Niger and many other important institutional buildings. The new Niamey Hotel will take its position of importance alongside some of Niger’s most significant institutions.

The hotel is conceived as an integrated banquet and congress hotel complex where the functions complement each other. The hotel will operate throughout the year with extensive views of the river Niger, to the West. 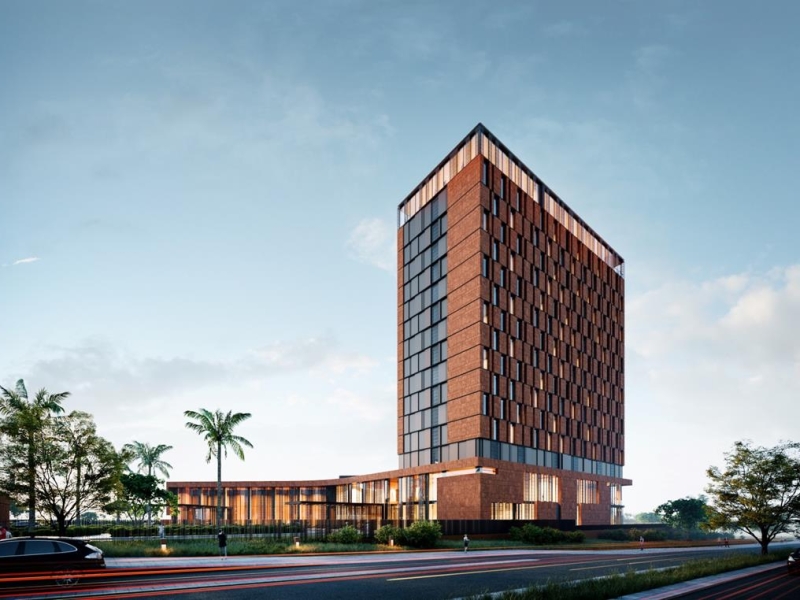 The triangular site is located on probably one of the most important streets in Niamey, which is lined with many civic buildings of similar stature. Clearly the new building must have a frontal relationship to the Boulevard de la Republique, with access to all public functions from this street. Although the banquet hall is interconnected and accessible as a part of the hotel, it is also possible to access it independently from the forecourt of the hotel.

The geometries of the new hotel acknowledge the axis of Boulevard de la Republique, aligning the main hotel building along this axis, however the banquet hall and all-day dining restaurants and meeting rooms on the mezzanine level turn their axis to acknowledge the grid of the city along the eastern boundary.

Due to the triangular nature of the site, the area to the south converges into a narrow point. This is where the swimming pools are placed, and these areas are raised above general street level and surrounded by a privacy wall, which gradually becomes more see-through as it continues along the east and west boundaries towards the main entrance. The main façade of the hotel is orientated towards the west with views over the Niger River towards the western part of the city. The hotel is also clearly visible from the Round Point Kennedy to the south.

Service accesses to the Centre are from the eastern boundary, however the main access and parking for visitors remain from Boulevard Republique.

The 194 key hotel includes a banquet hall, numerous conference rooms, an all-day dining restaurant, lounge bar, sports bar, swimming pools and a spa. There are 160 standard rooms, 12 executive suites, 7 extended suites, 13 junior suites, a royal presidential suite, and a presidential suite. The total area of the complex will be over 21,000sqm. 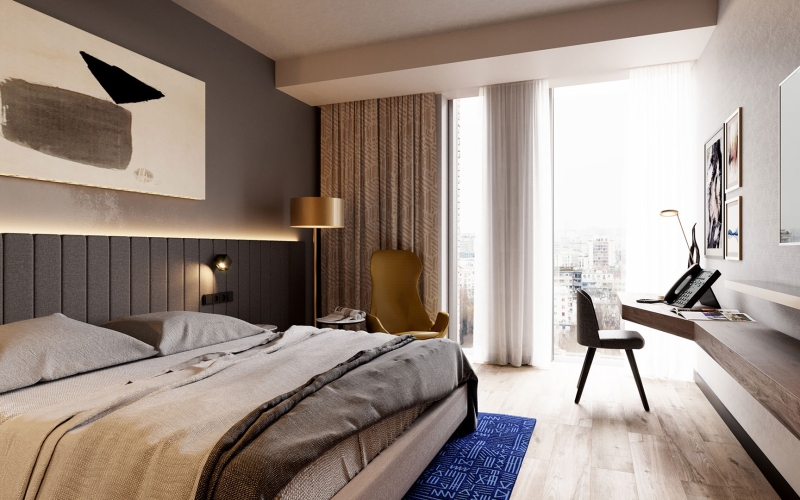 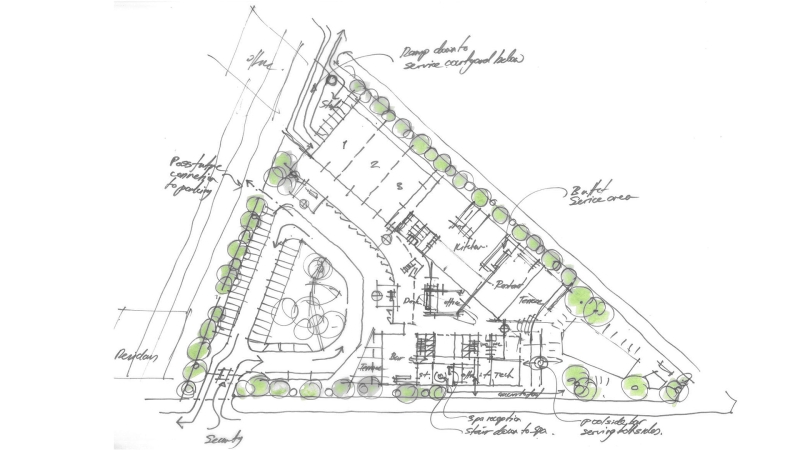